We Use The Latest Technology - GPS Control for Excavators

GPS control for excavators makes our work much more effiecient. GPS/GNSS on dozers and motor graders measure the position of the blade’s cutting edge by putting a receiver antenna on the blade.

With excavators, the receiver antennas are mounted on the back of the machine, on or near the counterweight. The exact location of the cutting edge of the bucket is determined by angle sensors on the stick, boom and bucket cylinders and calibrating the distance between the antenna and the bucket.

As with dozer and grader applications, excavator GPS/GNSS systems get their corrected RTK (real-time kinetic) positioning data from a base station set up at the jobsite. Likewise, the operator plugs a digital, 3D topo map of the site into the excavator’s monitor and either cuts to the line shown on the monitor (indicate mode) or puts the system into full automation mode and lets the GPS/GNSS positioning data guide the bucket to the exact contours of the design grade.

If you already have a GPS/GNSS system running your dozers or excavators, you can use the same base station and radio transmitter to guide your excavators at the same time. The RTK signal is broadcast over a wide area and can be used simultaneously by any number of machines on a jobsite. 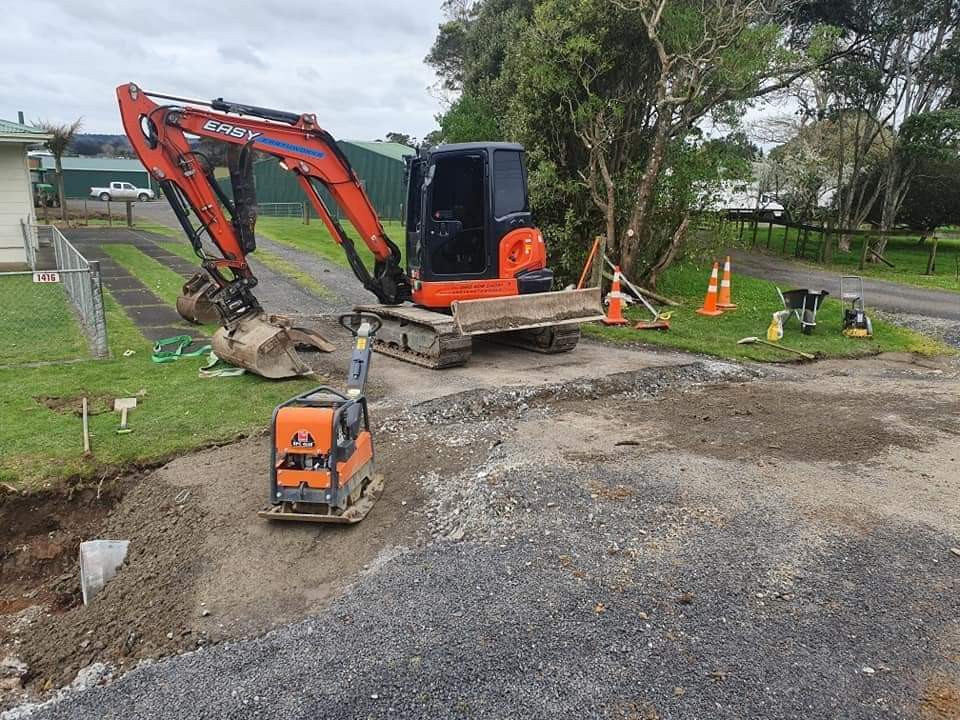 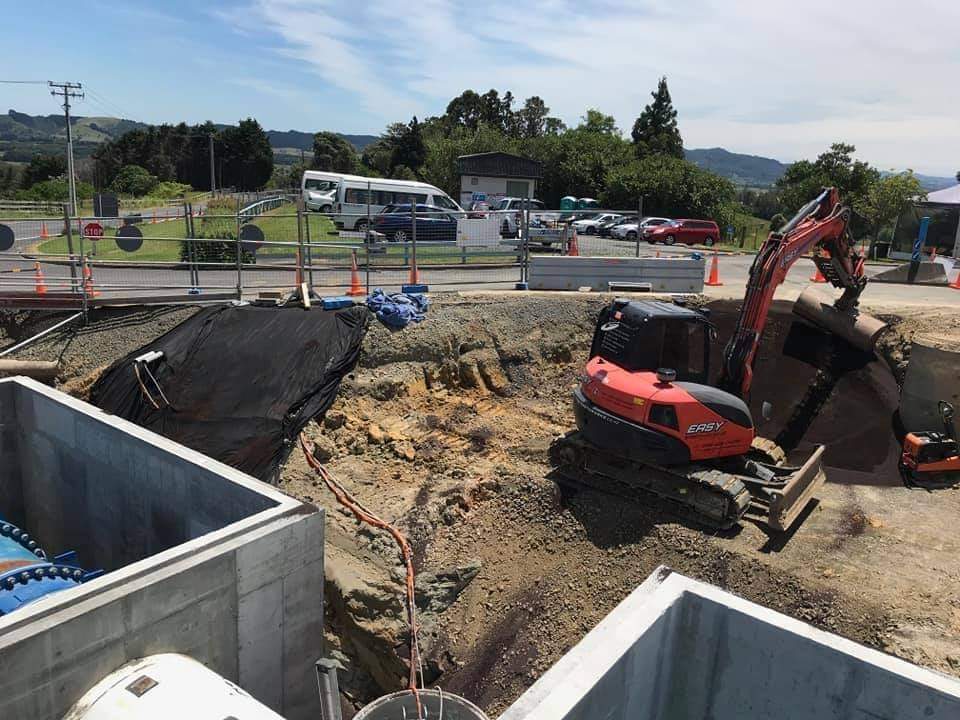 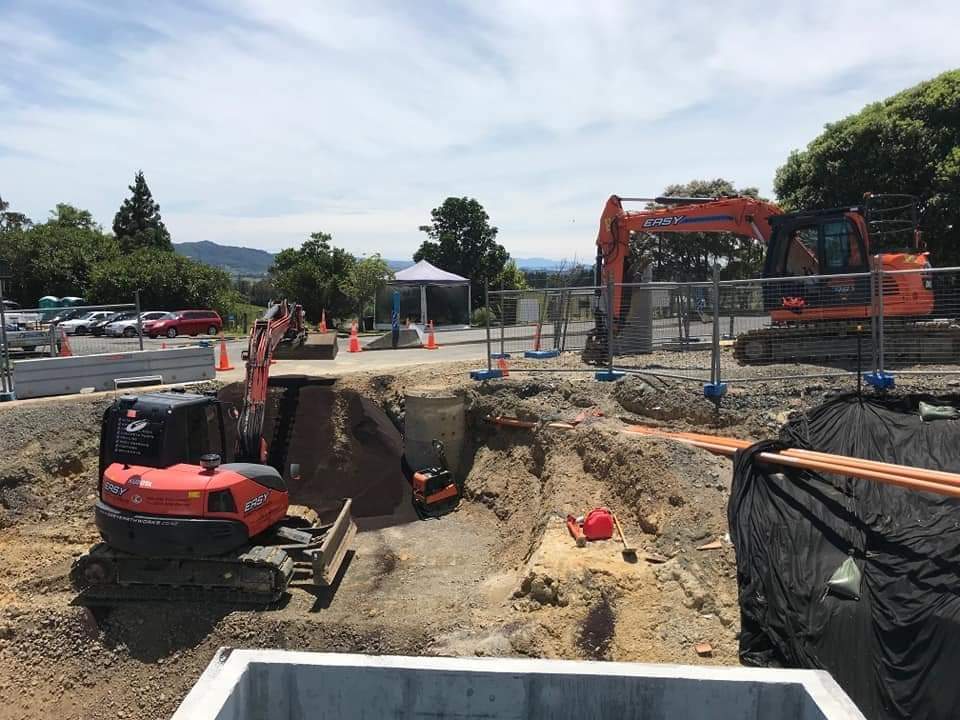 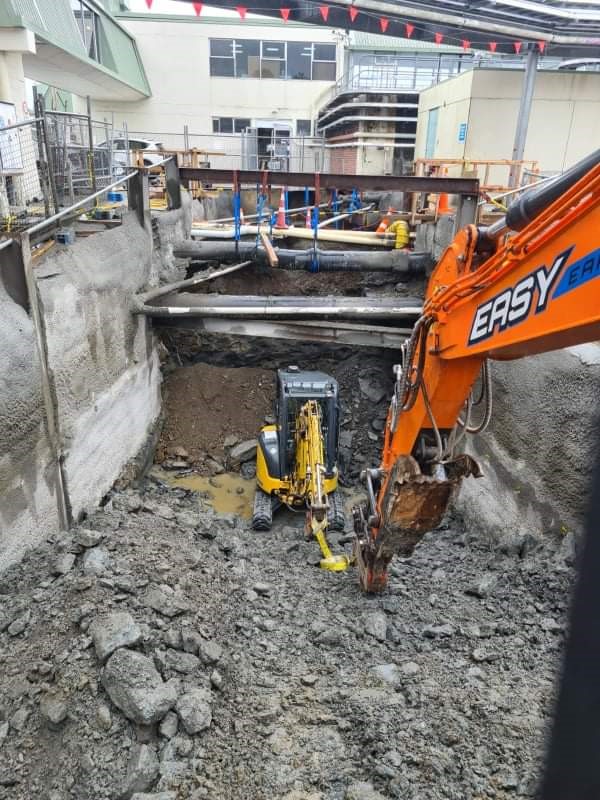 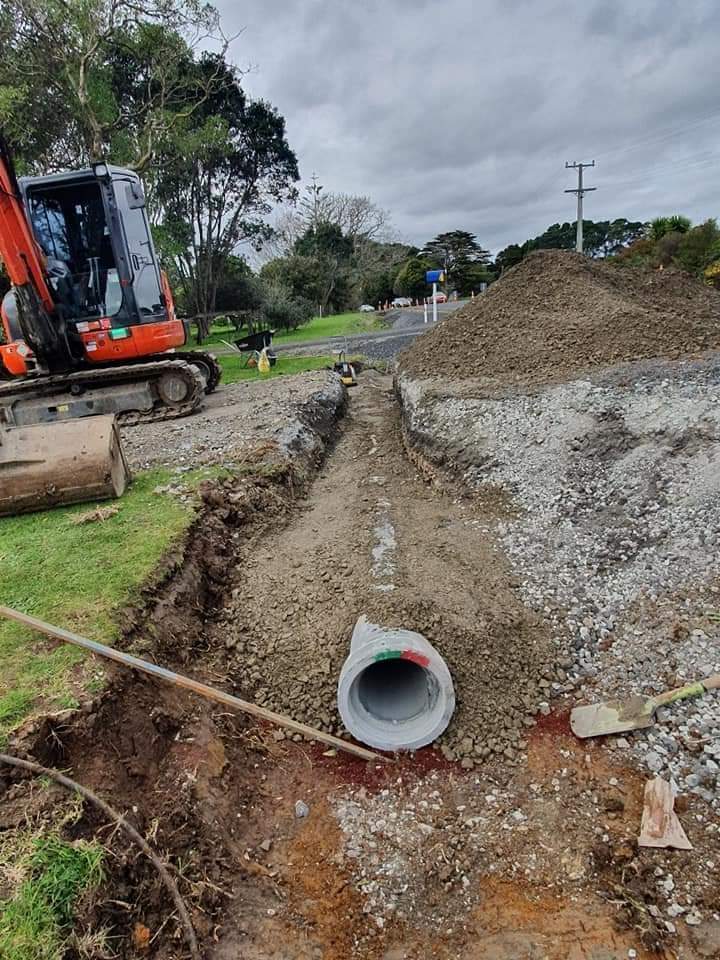 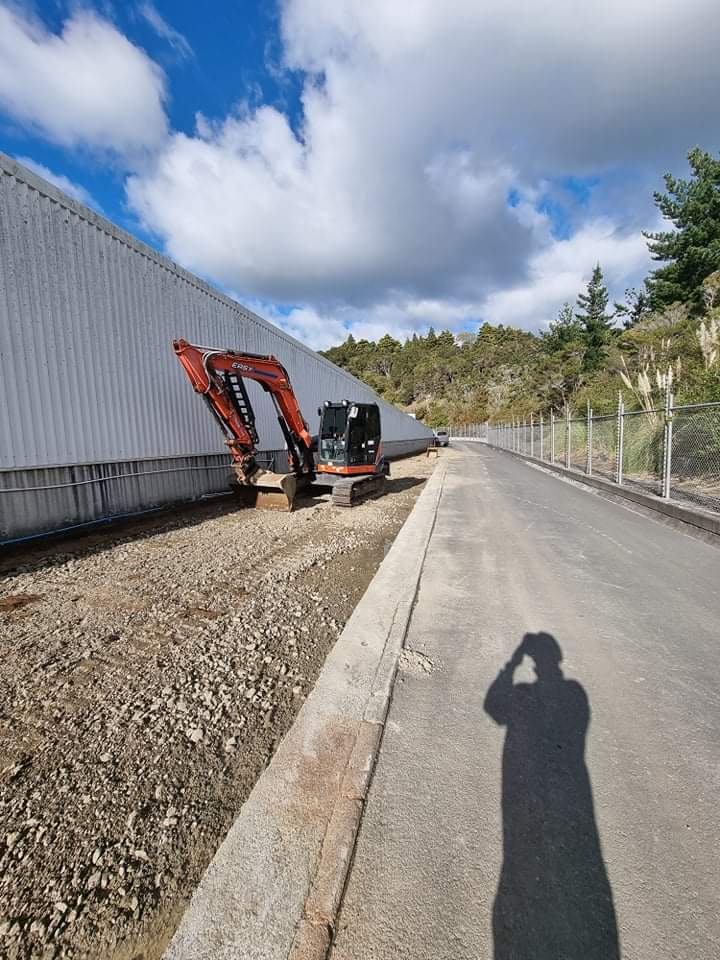 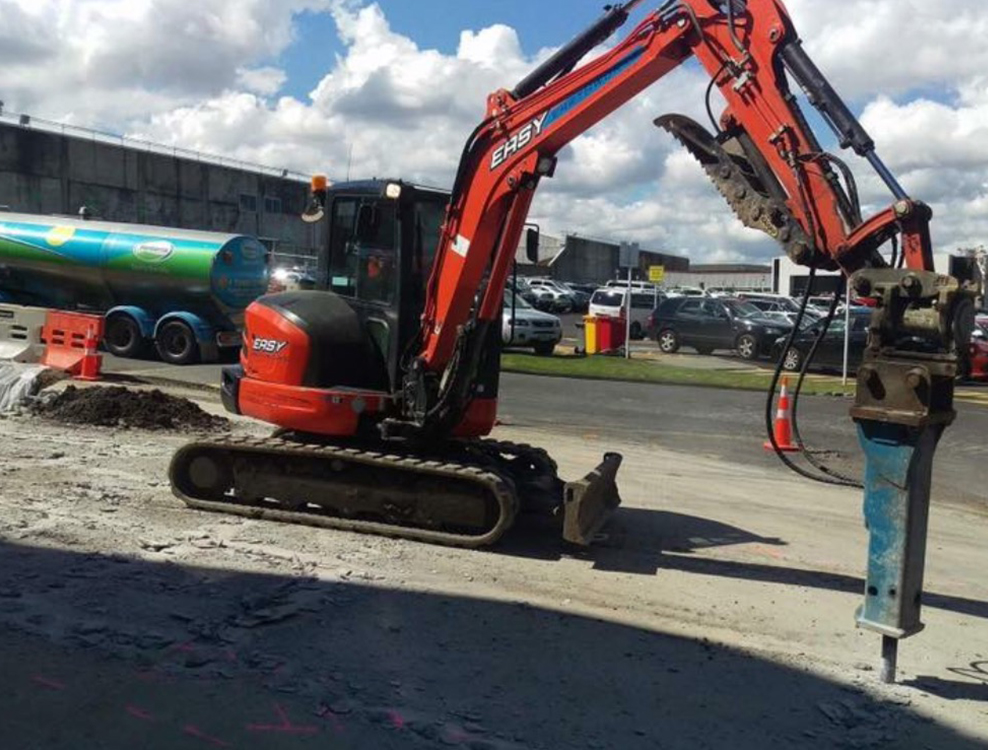 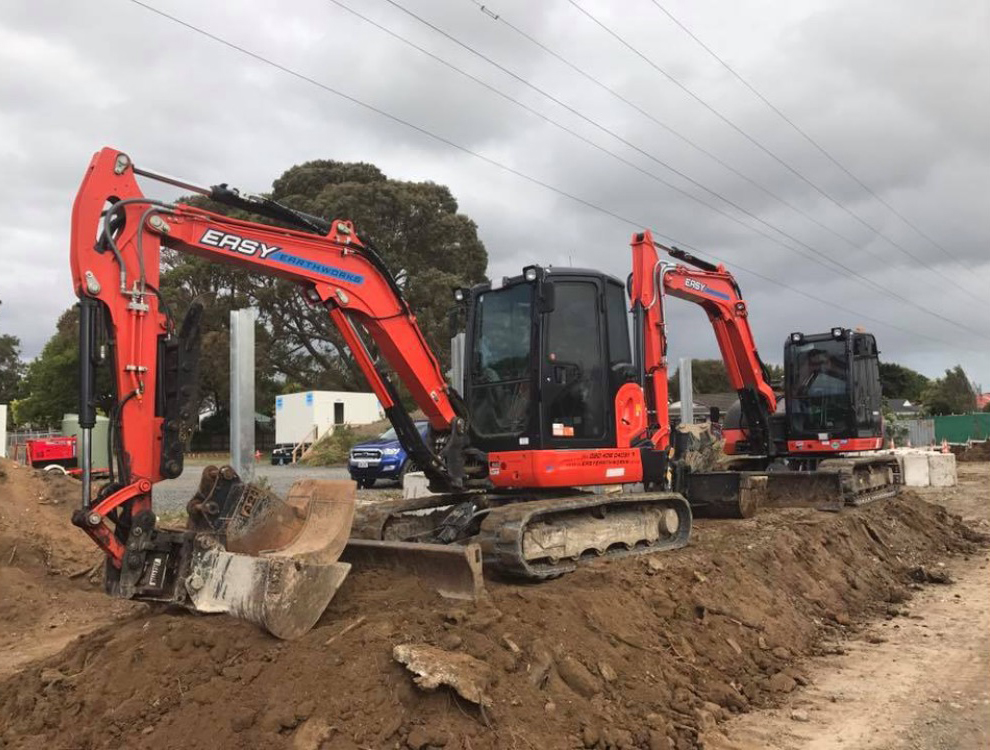 Call Us For Bulk Earthworks

We strive to provide only the highest quality of services to our clients. Give us a call today and we will be happy to answer any questions that you may have. We look forward to hearing from you.

or leave a message using the form below